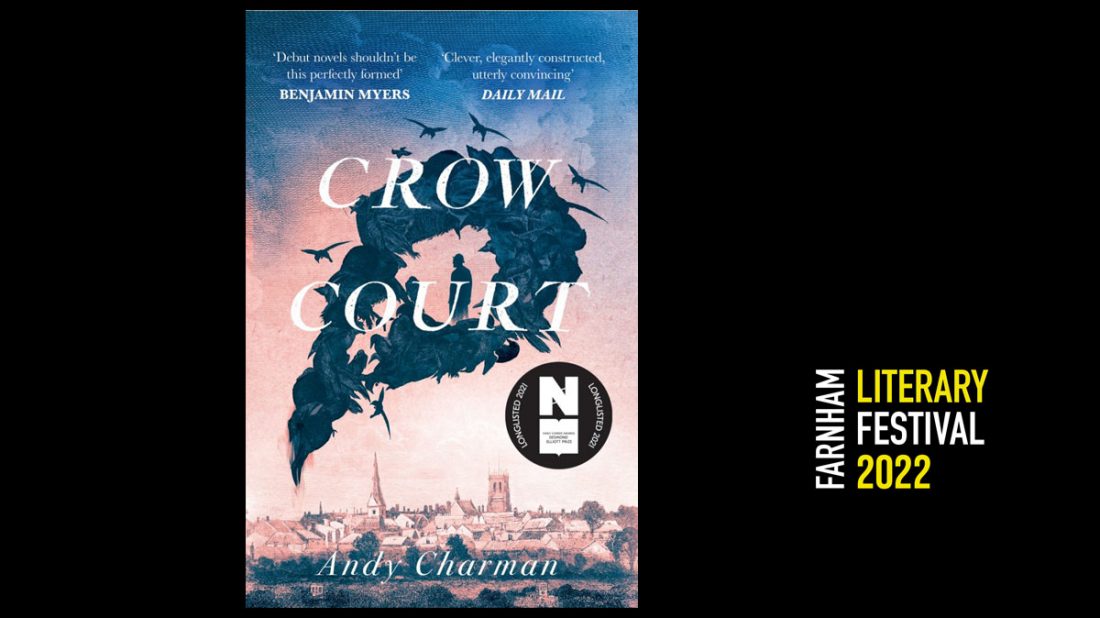 Nammet, Crammet and Supper: The Deep History of Dorset Dialect in ‘Crow Court’

Andy Charman describes his adventures in Dorset dialect and how he used it to define the characters of his first novel, ‘Crow Court’. He explains the meaning of ‘zummit’, ‘nammet’ and ‘huckmuck’ and how to avoid being ‘dough-beaked’.

Set in 1840 in the Dorset market town of Wimborne Minster, ‘Crow Court’ is murder mystery and an exploration of life in Victorian Dorset.

“A demanding format to adopt in a first novel, but he makes skilful use of it.” THE SUNDAY TIMES

“Looks, feels and smells like a classic.” BEN MYERS

Andy Charman is an author and writing coach. His short stories have appeared in Every Day Fiction, The Battered Suitcase, Cadenza, Ballista and other periodicals and websites. His first novel, Crow Court, was published by Unbound and was longlisted for the Desmond Elliot Prize 2021. Born and raised in Dorset, he now lives in Surrey with his wife and daughter.